The clan finds its unity by reference back to the one man from all members descend, that is the Founding Ancestor who came to the Sheung Shui area in the Yuan dynasty. Worship at his grave is the largest event of the clan year and takes place at Chung Yeung, the 9th day of the 9th lunar month. The following day an almost equally large ceremony is held at the grave of the founder’s only son. The schoolchildren of the clan have for the past fifty years been made part of the ceremonies, being given the days off school and a role being given to them in the worship itself. For several decades, representatives of the Liu Clansmen’s Association of Hong Kong have also been invited to join in. A large feast is held beside the grave to end the proceedings. Several hundred people eat the pork which has been offered, cooked together with squid, beancurd and vegetables to make poon, the name of the food being taken from the wooden tubs from which it was tradition. 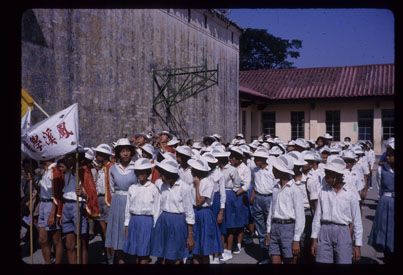 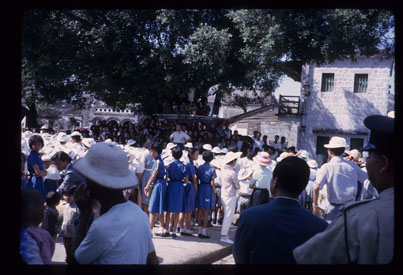 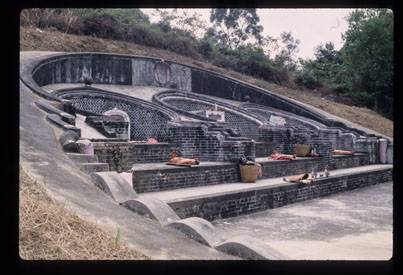 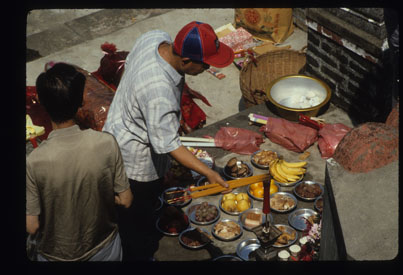 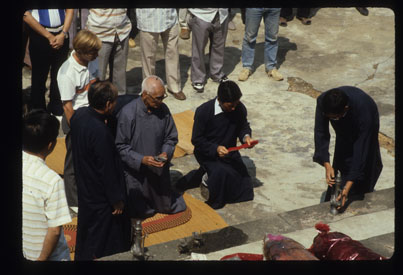 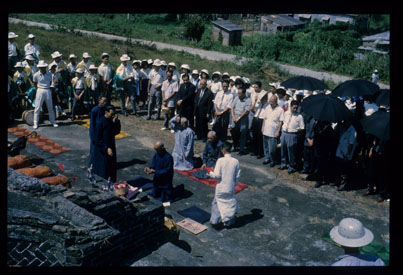 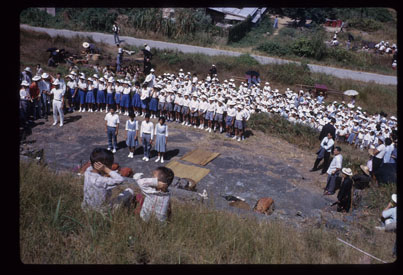 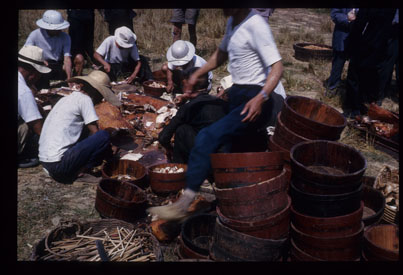 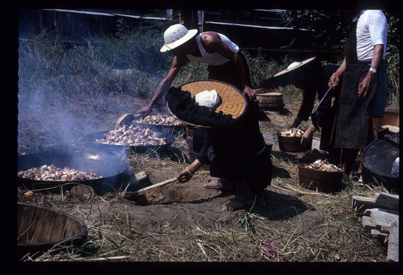 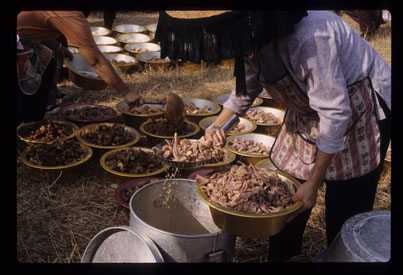 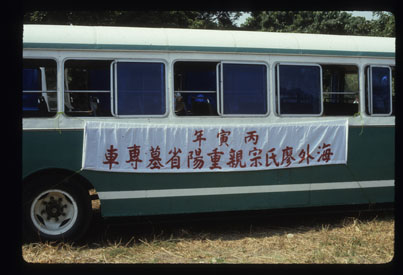